To share your memory on the wall of Danny Gammel, sign in using one of the following options:

Provide comfort for the family of Danny Gammel with a meaningful gesture of sympathy.

Receive notifications about information and event scheduling for Danny

There are no events scheduled. You can still show your support by sending flowers directly to the family, or planting a memorial tree in memory of Danny William Gammel.
Plant a Tree

We encourage you to share your most beloved memories of Danny here, so that the family and other loved ones can always see it. You can upload cherished photographs, or share your favorite stories, and can even comment on those shared by others.

Posted Apr 20, 2020 at 04:22pm
Our thoughts and prayers are with you all during this time. May God continue to give you peace, courage and wisdom in the days to come. John 14:1-2 Love and prayers, Vickie (Gillespie) and James Caldwell

Posted Apr 17, 2020 at 04:07pm
Leonetta, Jennifer and Jamie......I am so very sorry for your loss. Dan was a good man and he loved his family very, very much. May God grant you all peace at this time. Praying for peace and comfort
Comment Share
Share via:
CB

Posted Apr 17, 2020 at 08:42am
We've lost a caring friend, but know he isn't suffering anymore. Dan was a great guy, who always had a smile and warm welcome anytime. My prayers go out to his family during this difficult time especially not being able to have the closure they need. May God wrap himself around you and give you peace and comfort knowing your friends are near if you need them. Dan will be missed greatly by many people.
Comment Share
Share via:
SC

Posted Apr 17, 2020 at 08:41am
Leonetta, I am so very sorry for your loss of Dan. Prayers for all of you during this time and the days to come. Please let me know if I can help you in any way. Many many hugs!
Sherry Upshaw Cottrell
Comment Share
Share via: 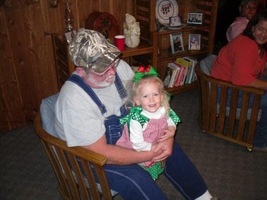 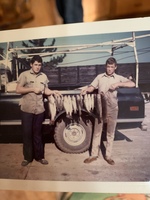