To share your memory on the wall of Clyde Hamer, sign in using one of the following options:

Provide comfort for the family of Clyde Hamer with a meaningful gesture of sympathy.

We encourage you to share your most beloved memories of Clyde here, so that the family and other loved ones can always see it. You can upload cherished photographs, or share your favorite stories, and can even comment on those shared by others.

Posted Sep 28, 2019 at 11:07am
My thoughts are with the family during this time. Our families went to church together many years ago at Wesley United Methodist Church.
Dianne Brakebill Robinson
Comment Share
Share via:
KC

Kay Clanton purchased the Sentiments of Serenity Spray for the family of Clyde Hamer. Send Flowers

Posted Sep 26, 2019 at 01:12pm
I am so sorry to hear of Mr Hamer’s Passing. I have many fond memories of him. I love to hear him tell stories of his life. My prayers are with all the family.
Comment Share
Share via: 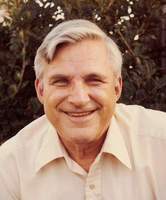