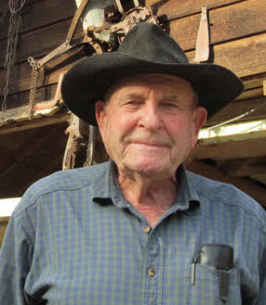 He was a beloved husband, father, grandfather, great grandfather, and anchor of the family.  He will be greatly missed by his family and friends.

He was born on December 21, 1930 in Gloster, MS, to Edgar and Edna Tynes. He was the second oldest of five brothers.  He married Elouise Steele on February 9, 1952, and relocated to Pine Bluff, Arkansas, where he began his career in Golf Course Management for 30 years at Rosswood Country Club. He retired to Amite County, Mississippi, in 1992.

Marcel proudly served the US Army in the Korean War with the U.S. Army 7th Division, 31st Infantry Regiment, Heavy Mortar Company (HVYMTRCO).   He survived the Battle of Chosin Reservoir in the Korean War. He was a lifetime member of the Chosin Few. In recognition of his dedicated contribution he was proclaimed an “Ambassador of Peace” from the people of the Republic of Korea and awarded a medal.   Marcel was an enthusiastic outdoorsman who cherished turkey hunting in his later years.

Marcel was preceded in death by his wife of 63 years, Elouise Steele Tynes, as well as his sons Charles Marcel Tynes, Jr.  and Garland Stewart Tynes.