To share your memory on the wall of Carolyn Hall, sign in using one of the following options:

To send flowers to the family or plant a tree in memory of Carolyn Hall (Irwin), please visit our Heartfelt Sympathies Store.

Receive notifications about information and event scheduling for Carolyn

We encourage you to share your most beloved memories of Carolyn here, so that the family and other loved ones can always see it. You can upload cherished photographs, or share your favorite stories, and can even comment on those shared by others.

Guaranteed hand delivery by a local florist
A

Posted Dec 05, 2020 at 02:04am
My mother was an amazing woman and amazing mother and amazing grandmother she taught me very well and entering adulthood I went to her for everything and she guided me teaching me everything I needed to know about parenthood adulthood and every day guidance she was the greatest grandmother I could ask for she loved her grandchildren and children more than anything she was the greatest mother I could Ask forShe left us leave too soon and I wish I had many more years withHer but I will take a long her wisdom and memories forever I love you mom I will cherish you forever
Comment Share
Share via:
T

Posted Dec 03, 2020 at 04:32pm
David I’m so sorry for your loss, Carolyn was a beautiful soul and an inspiration for me, with the strength she had, it was a beautiful service and I’m grateful that you shared with the family.
All my love Tami.
Comment Share
Share via:
BJ

Posted Dec 01, 2020 at 09:05pm
David I am so sorry for you to lose your lovely wife. It is very hard to lose a loved one. You will be in my thoughts and prayers
Comment Share
Share via:
TA

Sorry for your loss of your loved one. Prayers for you all as you go thru this time.
Tammy Anderson
fellow JC Master Gardener
Comment Share
Share via:
LS

Posted Dec 01, 2020 at 04:37pm
David, I am so very sorry. Carolyn was a kind, beautiful lady inside and out. I always enjoyed visiting with her when she shared our Master Gardener events. She will be much missed. Take care, Linda Soffer
Comment Share
Share via:
LP

David, so enjoyed our time spent together as fellow Master Gardeners, but really loved it when I got to visit with Carolyn. She was such a joy to be around. You are in my thoughts. 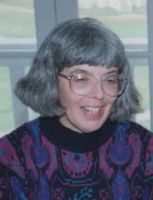