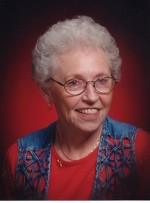 Bonnie worked and retired from Safeway/Harvest Foods after many years. She was a long-time member and Worthy Matron of Eastern Star in Pine Bluff, AR and attended Hardin Baptist Church.

She was preceded in death by her sisters, Ruth Baker, Natlie Foote Daughtery; brother, Charles Greeno and nephew Daniel Baker.

A memorial service will be 10:00 a.m., Saturday, March 27, 2021 in the Chapel of Ralph Robinson and Son with Brother Johnny Taylor officiating.