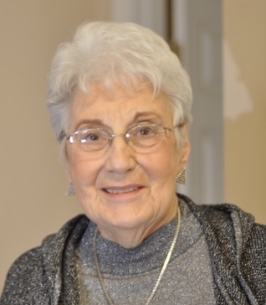 Bennye Jane Haskins Clemmons, 93, of Little Rock, answered God’s call on April 5, 2022.  She was born on April 11, 1928, in Pine Bluff, Arkansas, daughter of the late Rose Sylvester Haskins and John Lewis Haskins, and grew up in Pine Bluff.

Mrs. Clemmons received her early education at Annunciation Academy and graduated from Pine Bluff High School in 1946.  She attended the University of Arkansas at Fayetteville, where she was active in the Delta Gamma sorority, and met her future husband, Earl Hicks Clemmons, Jr.  They married on February 7, 1953, in Pine Bluff, and lived in Grady and Batesville, Arkansas, and Tupelo, Mississippi, before returning to Pine Bluff in 1960. In addition to raising their family, she found time to get involved with many charities.   She had a great and generous heart. A devout Catholic, she tried to be a blessing in the service of others.  She was the Godmother of choice for many who came to the Church and converted later in life.

She served on the boards of St. Joseph Catholic School, St. Joseph Catholic Church, and Synergy Forums, Inc., a nonprofit grant organization for Pine Bluff/Jefferson County arts, education, and social services.  She was an avid fundraiser for events at St. Joseph’s and various arts organizations around town, including the Southeast Arkansas Arts & Science Center, the late great Pine Bluff Symphony Orchestra, and the Pine Bluff Community Concert organizations. She was also active in P.E.O. Arkansas.  She relocated to Little Rock in 2005, with her husband, to be closer to their children, grandchildren, and doctors.  She had been an active member of Christ the King Catholic Church, the Parkway Village community, and most recently, the Briarwood Nursing and Rehabilitation Center community.  The family would like to thank all of the wonderful, attentive staff at Briarwood, with particular thanks to Hilder Kombo, Wanda James, Ashley Waters and Essence Hatchett at Briarwood, as well as Helen Evans and Elsy John of Our Lady of Good Counsel Catholic Church, and the team from Arkansas Hospice.

Memorials may be made to The PEO Foundation, St. Jude’s Children’s Hospital, the Catholic Diocese of Little Rock, or The Arts & Science Center for Southeast Arkansas.