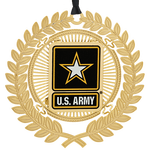 Bennie Donald Roberts, 88, of Pine Bluff, passed away Tuesday, August 13, 2019. He was born June 1, 1931 in Rowell to the late Bert and Ruth Roberts.
Bennie was reared and educated in Rowell, Ar., then joined the US Army. He retired from the US Army, serving both during the Korean and Vietnam Wars. Bennie also taught ROTC during his service at both the University of Texas Austin, and Arkansas Tech Russellville. He retired from the Pine Bluff Arsenal in 1993. Mr. Roberts was also a member of Olive Branch Missionary Baptist Church.
Preceding Mr. Robers in death was his wife, Betty Merle Wilson Roberts, whom he married March 27, 1955 in Pine Bluff. Mr. Roberts also had four brothers; and 3 sisters who also preceded him in death.
He is survived by one daughter and son in law, Susan and Steve Orr of Woodlawn; one son and daughter in law, Jeff and Liz Roberts of North Richland Hills, Texas; and two granddaughters, Juliana and Sarah Orr.
Memorial services will be announced at a later date.