To share your memory on the wall of Barbara Fort, sign in using one of the following options:

Barbara was reared and received her early education in Liberal, Kansas. She attended Oklahoma Panhandle State University where she earned her Bachelor’s Degree. After college, she moved to Magnolia, Arkansas, where she met her future husband, Benny Ray Fort.

They were married in Magnolia, Arkansas, on January 24, 1970. Shortly after, they moved to Pine Bluff where she spent the rest of her life.

Barbara worked for the Arkansas Department of Corrections as the State Victims Coordinator. She was a member of Watson Chapel Baptist Church in Pine Bluff for 37 years.

Barbara always put family first, sacrificing to make sure the needs of other’s were met before her own. She made friends instantly wherever she went, and leaves behind a rich legacy of friendships across the state.
Barbara was preceded in death by her husband and parents.

A graveside service will be held at 1:00 p.m., Wednesday, August 26, 2020 at Lakeside Cemetery in Stamps, Arkansas with Pastor Chris Perry officiating. Mrs. Fort will be in state Tuesday evening from 4-6 p.m. at Robinson’s for those who would like to pay their respects.

Memorials may be made to Haiti Bible Mission at www.haitibiblemission.org.

To send flowers to the family or plant a tree in memory of Barbara Ann Fort (Barnes), please visit our Heartfelt Sympathies Store.

Receive notifications about information and event scheduling for Barbara

We encourage you to share your most beloved memories of Barbara here, so that the family and other loved ones can always see it. You can upload cherished photographs, or share your favorite stories, and can even comment on those shared by others.

Posted Aug 25, 2020 at 11:00pm
David, We are so sorry for the loss of your dear Mother! We have so many fond memories of her when we were neighbors. I’m thinking of you and praying for the comfort of your family. Kay and David Reed
Comment Share
Share via: 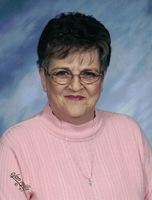 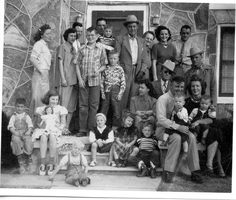 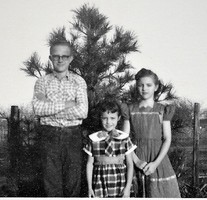